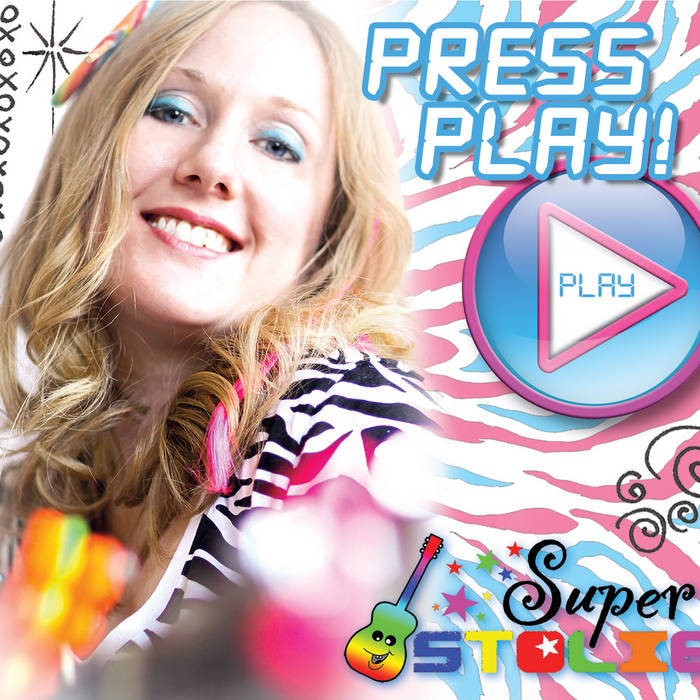 Press Play! is the follow-up to Super Stolie’s tot-friendly 2009 debut, When I Grow Up, and finds the prolific songwriter toying with a more mature audience -- the 3 to 10-year-olds -- and offering danceable pop tunes that celebrate and encourage self-expression by challenging kids to tongue-twist, domesticate and dream big.

Recorded in her home studio, Press Play! showcases Stolie on acoustic guitar, piano, ukulele, bass, banjo, harmonica, djembe, tambourine, tin whistle and drumsticks on a laundry basket. All synths, drums and other noises were composed and programmed with Garageband. To support its completion, Stolie ran a successful, 30-day Kickstarter crowd-funding campaign, raising over $2500 from fans to go towards replication costs and the hiring of a pro sound engineer for the mixing and mastering of the project.

After several years gaining momentum on the kids circuit supported by her first CD, Super Stolie has completed her second set of memorizable tunes for the youngin’s. Press Play! reaches across musical genres while exploring language, singing without abandon, and bowing in awe to the fearlessness that exists for every child whose prospect of growing up is as bright as the dreams they dream.