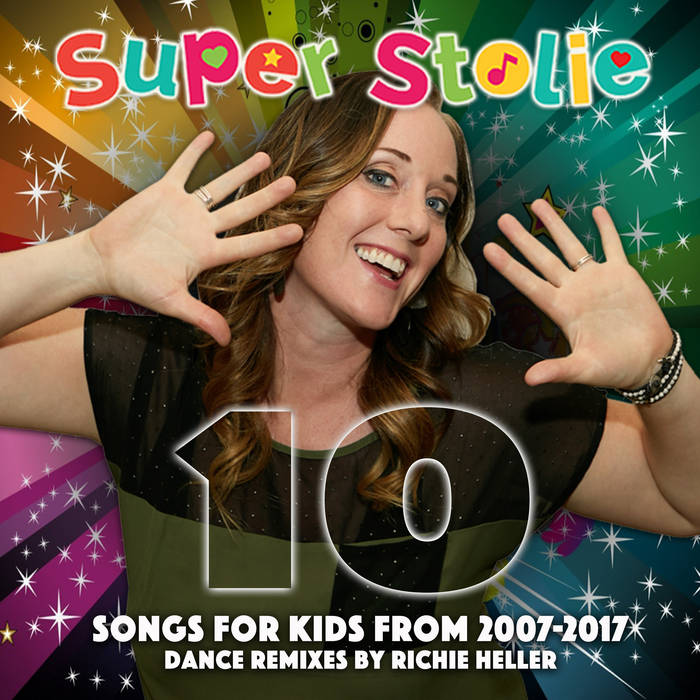 Super Stolie is a musician and artist based in Chicago. Since 2007, she's performed music shows for children that are an exhilarating exhibition of creativity that will inspire the uniqueness and silliness in everyone! Her highly interactive shows include children of all ages and capacities, demonstrating dance moves to get bodies moving and catchy tunes to get mouths singing along.

After releasing three original "adult" albums and spending years touring the country as a pop-rock singer-songwriter, Stolie found a new way to continue her music involvement. Super Stolie debuted on the children’s music scene in 2007 when she's was invited to perform at a school fundraiser. By 2009, Super Stolie had written enough original children's songs for an album and released When I Grow Up, music for children and families. In support of the album and this new musical endeavor, Super Stolie continued to play birthday parties, libraries, park districts, and landed regular performances/music-teaching gigs at local play places and schools to share her children's music whenever possible.

Her second album, Press Play!, arrived in November 2012. Dedicated fans contributed to the making of this album via a successful Kickstarter campaign and became the first to hear the new collection before its official release date. For this record, the focus was on dance and movement and celebrating life concepts and activities! It continues to be a fan favorite with its witty songs, funny jokes and high energy.

Inspired by a 2015 summer reading theme, "Read to the Rhythm," Stolie took a literary focus for her third children's album, Family in Harmony. The songs and their lyrics explore multiple languages as well as aspects of the spoken word -- alliteration, rhyme, tongue twisters and poetry. The physical album includes all the lyrics as well as trivia and fun facts for early readers to enjoy the listening experience while reading along.

In 2017, to celebrate a decade of writing, recording and performing music for children, Super Stolie released a 10-song album called 10, featuring songs from each of her previous releases over the past, you guessed it, 10 years! She enlisted the help of DJ friend, Richie Heller, to remix each of the original tunes, offering an undeniably danceable experience!

To celebrate 10 years of making music for kids, Super Stolie picked 10 of her favorite songs from her three previous albums and enlisted the talents of DJ friend, Richie Heller, to make dance remixes! Turn the volume up to 10 and get ready to dance along to the tunes you've come to love from Super Stolie!